And that's how Sumit Nagal, 22 years old Indian tennis player from Haryana had attracted the eyes and whistle towards his game where whole of India, after tuned in the live US open, had admired his talent and his wonderful gestures through the game and the opponent he played against was 20 times Grand slam winner and one of the dangerous and greatest players Roger Federer. 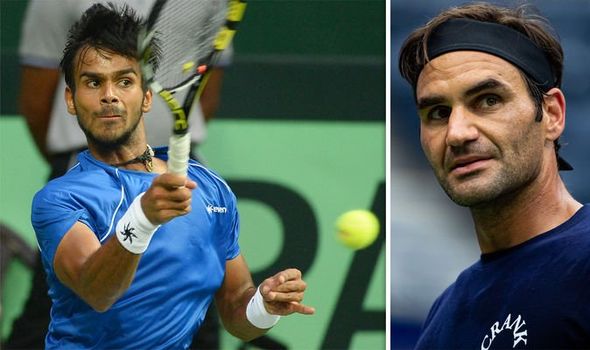 It was indeed a dream opening for Indian player in US open as he made debut against the legendary Roger Federer. His game has become unimaginable and his tennis racket was doing magic to withstand against the legend while India had been tied up by the talent that he exposed against the symbol of Grand slam. It may be for sure that 22 years old would have been floated on the clouds of dream until realizing that he had beaten the legendary player in the opening set of the match with 6-4.

The whole stadium and cameras hailed the talent of this youngster and his spirited performance to play against Roger Federer, who had won remaining three sets but even after losing the game, he won the hearts of tennis lovers through his talented and never giving up game which went for two hours and thirty minutes.

Sumit Nagal, currently ranked 190th in the World, has became the fifth Indian male player to play Grand slam singles while Somdev Devvarman, Yuki Bhambri, Saketh Myneni and Prajnesh Gunneswaran were the other four who had played singles in Grand slam between 2010 and present.

India's Davis cup captain Mahesh Bhupathi, was the one to spot the talent of Nagal, who had been through difficulties and injuries and Bhupathi had took him under his support who said that his play against Federer was a solid career defining moment for the 22 years old who raised up in West Delhi.

Sumit Nagal, who scripted his victory in his maiden challenge title in Bengaluru in 2017, but had been through the period which had demolished his success where he blamed the change in the support staff for the poor results where he was knocked out at the first rounds of 16 tournaments.

Later on focusing towards victory, he got trained under Serbian coach Milos Galecic in Germany under whose training he got significant results like how Somdev had produced phenomenal results under the training of Milos. 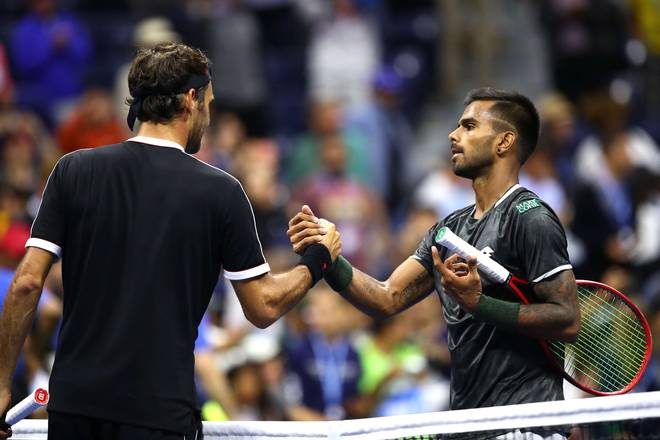 After registering much hailed victory against Federer in the first set of the game, he proclaimed the current moment as probably the best one and had expressed his hope to play Roger Federer some day, as he named him as the god of tennis.